EARLY CHRISTMAS SALE: Shop over 900 items up to 85% off through 9/29 >
The Young Man's Guide to the Harmonious Development of Christian Character
By: Harvey Newcomb 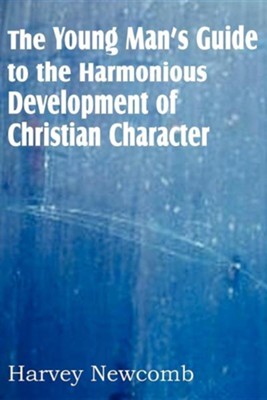 The Young Man's Guide to the Harmonious Development of Christian Character

By: Harvey Newcomb
Bottom of the Hill Publishing / 2012 / Paperback
Write a Review
In Stock
Stock No: WW037070

▼▲
I wish to see the youth of my country come forward upon the stage of life, models of excellence, with characters formed for the times in which they are to act. How much influence my book may have, in securing such a result, I cannot tell; but my design in writing it has been, to contribute something toward forming the character of some of those who are to be our future electors, legislators, governors, judges, ministers, lawyers, and physicians-after the best biblical model. And, from the kind reception of my former attempts to benefit American youth, I trust they will give a candid hearing to the few hints contained in the following pages. It is intended for young gentlemen-in early youth, from eight or ten to fifteen or sixteen years of age. It covers substantially the same ground occupied by a work for girls issued simultaneously with it; and some of the chapters are identical in the two books, while others are entirely different, and some partially so. It is the hope of the Author, that everyone who reads it, will strive to be a Christian man, in the highest sense of the term. - Harvey Newcomb

▼▲
I'm the author/artist and I want to review The Young Man's Guide to the Harmonious Development of Christian Character.
Back
×