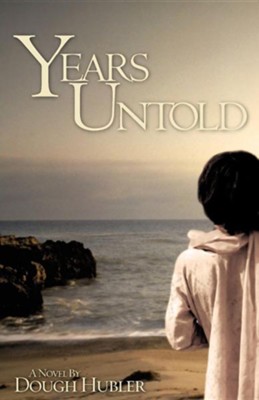 ▼▲
Jesus brutally beaten and left to die in the frigid night of the wilderness?. his true identity discovered by a hated member of Judea's court, a man dedicated to thrusting Jesus, broken and bleeding, at his king's feet?. treachery and deceit, passion and murder. in "bible times"? Years Untold follows these as well as several other threads as they weave themselves through the fate of the child who would become Jesus of Nazareth. and we see how Satan's wickedness works in unraveling those threads. Herod the King has died, but his obsession with finding and destroying the Christ-child lives on in Archelaus, his heir. Attolus, the king's Royal Advisor, leads a traitorous band of inquisitors to Bethlehem in search of answers. It is a journey that will affect the advisor in every conceivable fashion. Years Untold tells, in novel form, of the unrecorded years of Christ's life, beginning at the age of thirteen. The novel revolves not only around the family of Joseph and Mary, but the intrigue and corruption within the palace of King Archelaus as he seeks to fulfill his father, Herod's, dying wish. to find and destroy the Christ-child. Dough Hubler has been an actor, singer, composer and performer, but finds the most contentment in his roles as husband, father and educator. Dough holds a Master's Degree in Elementary Education as well as an Honorary Doctor of Divinity Degree. He shares a music ministry with his wife, Rhonda, and is deeply involved in the Emmaus Community with his daughter, Tara, a nursing student, and his son, Nick, currently serving in the US Navy. Dough also serves within the Kairos prison ministry in the beautiful mountains of East Tennessee, where he resides with his family.

▼▲
I'm the author/artist and I want to review Years Untold.
Back
×