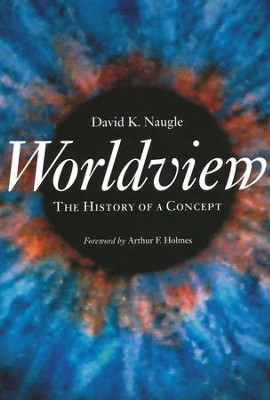 Worldview: The History of a Concept

▼▲
Perhaps the time is right -- for ecclesial, cultural, and global reasons -- to explore history of worldview as a concept and to reflect upon it theologically and philosophically. First of all, the last several decades have witnessed an explosion of interest in worldview in certain circles of the evangelical church. Several writers, including Carl Henry, Francis Schaeffer, James Sire, Arthur Holmes, Brian Walsh and Richard Middleton, Albert Wolters, and Charles Colson and Nancy Pearcey have introduced many believers to worldview thinking and its importance. This wave of interest has appeared to some extent in Catholic and Orthodox contexts as well. Christians of all kinds are discovering that overt human beliefs and behaviors, as well as sociocultural phenomena, are -- consciously or not - most often rooted in and expressions of some deeper, underlying principle and concept of life. Furthermore, worldview has served a hermeneutic purpose in the church by helping believers understand the cosmic dimensions and all-encompassing implications of biblical revelation. This book argues that a worldview is an inescapable function of the human heart and is central to identity of human beings as imago Dei.

▼▲
Conceiving of Christianity as a "worldview" has been one of the most significant events in the church in the last 150 years. In this new book David Naugle provides the best discussion yet of the history and contemporary use of worldview as a totalizing approach to faith and life.

This informative volume first locates the origin of worldview in the writings of Immanuel Kant and surveys the rapid proliferation of its use throughout the English-speaking world. Naugle then provides the first study ever undertaken of the insights of major Western philosophers on the subject of worldview and offers an original examination of the role this concept has played in the natural and social sciences. Finally, Naugle gives the concept biblical and theological grounding, exploring the unique ways that worldview has been used in the Evangelical, Orthodox, and Catholic traditions.

This clear presentation of the concept of worldview will be valuable to a wide range of readers.

▼▲
David K. Naugle is chair and professor of philosophy atDallas Baptist University. He is also the author ofWorldview: The History of a Concept (Eerdmans),selected as a 2003 Christianity Today Book of theYear.

▼▲
Reviews in Religion and Theology
"[Naugle] wins the reader over with an engaging, informal style which is always accessible without making undue concessions. The range of scholarship on display is sufficiently impressive, and if what it gains in scope is inevitably bought at the expense of depth, most of the time he manages to get the balance just about right."

▼▲
I'm the author/artist and I want to review Worldview: The History of a Concept.
Back
×
Back
×