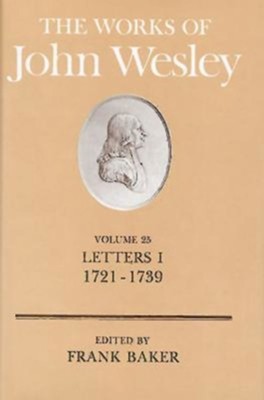 Although many of the letters of John Wesley are of value as literature--especially as crisp statements of his views or desires with little attempt at embellishment--their major importance is as a revelation of him as a man and of the people and events of his day, especially those linked with the Methodist movement. They furnish us, in fact, with a portrait through seventy years that is both more revealing in detail and fuller in coverage than any other source.

The correspondence presented in this first of seven planned volumes of Wesley's Letters offers many intimate glimpses of the man during his early years which are available nowhere else: of his strong family ties, of his leaning upon his mother for theological and spiritual as well as moral guidance, of his bedazzlement by Mary Pendarves (later Mrs. Delany), of the noble experiment of the Holy Club at Oxford, of the struggle between spiritual ideals and worldly reality during his brief ministry in Georgia, and of the birth of the Methodist societies in London and Bristol.