EARLY CHRISTMAS SALE: Shop over 900 items up to 85% off through 9/29 >
Women's Ministry in the Local Church
By: Susan Hunt, J. Ligon Duncan 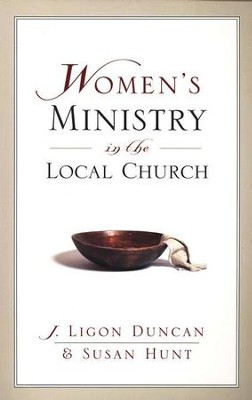 Women's Ministry in the Local Church

▼▲
The purpose of this book is to strengthen Christ's Church by presenting a practical theology of women's ministry in the local church. The book will answer five fundamental questions:

Ligon Duncan and Susan Hunt present a practical theology of women's ministry in the local church.

Susan Hunt is the widow of pastor Gene Hunt, a mother, a grandmother, and the former director of women’s ministries for the Presbyterian Church in America. Hunt has written over 20 books, including Spiritual Mothering.

▼▲
I'm the author/artist and I want to review Women's Ministry in the Local Church.
Back
×
Back
×