Skip to main content
OUR BIGGEST BARGAIN SALE EVER: Over 6,000 deals at never-seen-before prices ~ through 8/23. Shop now >
Wives of The Signers
By: David Barton
Stock No: WW79609 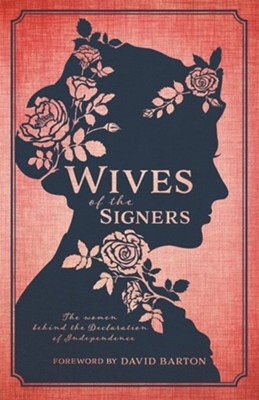 Wives of The Signers

▼▲
History has been all too glad to acknowledge the courage and bravery of the men who put their lives on the line when they signed the Declaration of Independence. Yet, it is often forgotten that those very same men had wives and families. Brief, due to lack of historical data, but poignant, especially when we have snippets of their letters and diaries, these accounts of the brave founding women of America are filled with a brand of courage all their own. Even among those who died due to exposure, being turned out of their homes, or even in jail for supporting the Revolution, one doesn't find a single word of complaint, but rather an unswerving devotion to their husbands, and their husbands' causes. This unique book pays homage to the women of the Revolution, allowing readers a glimpse into their lives that have for so long been neglected. 283 pages, softcover.

▼▲
Originally penned in 1912, this historical reprint showcases individual portraits of the fiercely courageous women who endured tremendous hardship as their husbands fought to build an independent nation. women such as Abigail Adams, Dorothy Quincy Hancock, and Julia Stockton Rush contributed their wisdom,strength, and loyalty to the cause of the Revolution, shaping history a a result.

▼▲
I'm the author/artist and I want to review Wives of The Signers.
Back