Skip to main content
Within These Walls of Sorrow: A Novel of World War II Poland
By: Amanda Barratt
Stock No: WW5447013 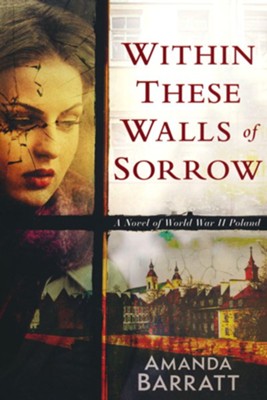 Within These Walls of Sorrow: A Novel of World War II Poland

▼▲
Widow Zosia Lewandowska teams with pharmacist Tadeusz Pankiewicz to aid the Jews crammed inside Krakow's Jewish ghetto. Hania Silverman is struggling to survive when she encounters her former neighbor, Zosia. The war soon forces them to make a desperate choice that will inexorably bind their lives together even as they are torn apart. 304 pages, softcover from Kregel.

▼▲
"As superbly written as it is haunting in its truth." --Kate Breslin, best-selling author of For Such a Time

Zosia Lewandowska knows the brutal realities of war all too well. Within weeks of Germany's invasion of her Polish homeland, she lost the man she loves. As ghetto walls rise and the occupiers tighten their grip on the city of Krakow, Zosia joins pharmacist Tadeusz Pankiewicz and his staff in the heart of the Krakow ghetto as they risk their lives to aid the Jewish people trapped by Nazi oppression.
Hania Silverman's carefree girlhood is shattered as her family is forced into the ghetto. Struggling to survive in a world hemmed in by walls and rife with cruelty and despair, she encounters Zosia, her former neighbor, at the pharmacy. As deportation winnow the ghetto's population and snatch those she holds dear, Hania's natural resiliency is exhausted by reality.
Zodia and Hania's lives intertwine as they face the griefs and fears thrust upon them by war, until one day, they are forced to make a desperate choice . . . one that will inexorably bind them together, even as they are torn apart.
Amanda Barratt's meticulous research and lush, award-winning writing shine once again in this moving look at a group of unsung heroes who fought for hope and humanity in the most harrowing of times.

"An unflinching tale that implores readers to stop and see, not a massive crowd of people, but individual hearts and souls. This book will linger in your heart and mind long after you've read the final page." --Amanda Cox, Christy Award-winning author of The Edge of Belonging

▼▲
I'm the author/artist and I want to review Within These Walls of Sorrow: A Novel of World War II Poland.
Back