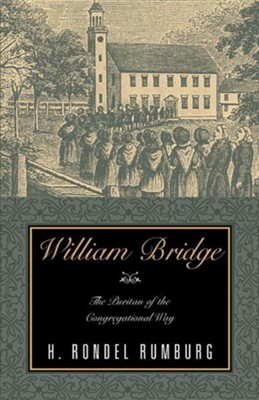 ▼▲
The quest for a biography of William Bridge began after this author purchased the first two volumes of The Works of William Bridge, printed in 1649 in London. These were printed twenty-one years before the death of this great Congregational Puritan preacher. Upon beginning the search for biographical material, a startling discovery was made. Only a few pages were in any one place on the life of this illustrious stalwart of Christ. Thus the search began in an attempt to fill in as many gaps as could be supplied from the meager sources. There should be no condemnation of a man who faithfully and biblically followed the Lord. "The circumstances of the times in which he lived" were a part of the world in which God had placed William Bridge. He occupied a prominent place in the controversies of the day, which were disruptive to the status quo of the established church and the state. However, such a brave man should not be left buried in obscurity. John Owen, the great Puritan theologian, highly respected Bridge. They worked together on various projects. It is the hope of this author that some progress has been made in giving to the public a larger picture of William Bridge.

▼▲
I'm the author/artist and I want to review William Bridge.
Back