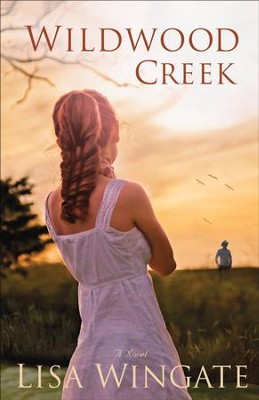 ▼▲
Allie Kirkland has never been one to take wild risks. But when she's offered a costuming assistant's job on a docudrama in the hills near Moses Lake, she jumps at the chance. She's always dreamed of following in her director-father's footsteps, and the reenactment of the legendary frontier settlement of Wildwood is a first step. The family expectations will have to wait.

▼▲
With love and loss tangled together, how was she to know where her life would lead?

Allie Kirkland has always heard the call of her father's unfinished destiny. When she's offered a production assistant's job on a docudrama filming in the hills near Moses Lake, Texas, the dream of following in her director-father's footsteps suddenly seems within reach. The reenactment of the legendary frontier settlement of Wildwood is a first step into the film industry. A summer on set in the wilderness is a small price to pay for a dream.

When filming begins, strange connections surface between Allie and the teacher who disappeared over a century ago, and everyone in Wildwood--including Blake Fulton, Allie's handsome neighbor on the film set--seems to be hiding secrets. Allie doesn't know whom she can trust. If she can't find the answers in time, history may repeat itself...with the most unthinkable results.

▼▲
Lisa Wingate is a popular inspirational speaker, magazine columnist, and national bestselling author of several books, including Talk of the Town; Larkspur Cove, finalist for the 2012 Christy and Carol Award; and Never Say Never, which won the 2011 Carol Award for Women's Fiction. Lisa and her family live in central Texas. Learn more at www.lisawingate.com.

▼▲
I'm the author/artist and I want to review Wildwood Creek #4.
Back
Back