Skip to main content
Why Save Alexander, softcover
By: Philip Telfer
Stock No: WW328277 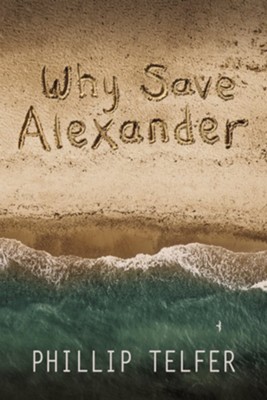 Why Save Alexander, softcover

▼▲
Seventeen-year-old Alex Brooks is obsessed with becoming an e-athlete. What teen wouldn't want to make a million dollars playing video games professionally? Especially if you've got a real shot at it like Alex. His mom, a television producer in Hollywood, casts her son in a reality show about young gaming hopefuls seeking fame and fortune. This gives him great exposure in the industry. On top of that, His dad owns an up-and-coming tech business that is about to launch a revolutionary product. Life couldn't be better--or could it?

Truth be told, Alex doesn't need to go pro as bad as he needs to grow up, and what teen really wants to do that? He's popular with other gamers but his over-inflated ego makes him obnoxious to almost everyone else. He hides a deep secret--the cavernous void in his life that nothing seems to fill. He thrives on a false sense of accomplishment but is haunted by an inescapable sense of loneliness. He has lived in the shadow of his dad's relentless pursuit of building a tech empire while watching him fail to keep his family from falling apart. What will it take for Alex to gain a new perspective on what it means to become a man and what it takes to be a hero?

Everything changes when Alex goes missing. He must face a life or death struggle in a foreign culture that doesn't have a power grid. Man or computer mouse? His digital world didn't prepare him for the challenges that are about to confront him. Alex is not ready to rescue anyone, he needs to be rescued. For those who really know Alexander, why would anyone want to save him? This coming-of-age story follows Alex as he is forced to grow up the hard way through extraordinary circumstances, which cause him to re-evaluate what's important in life, his need for God, and the positive influence of older mentors.

Phillip Telfer began his journey as a creative communicator through singing and songwriting. He also started teaching and mentoring teens as a youth pastor and camp speaker. He now directs the non-profit ministry Media Talk 101 and is author of the book Media Choices: Convictions or Compromise? He produced and co-directed the award-winning documentary Captivated: Finding Freedom in a Media Captive Culture and founded the annual Christian Worldview Film Festival and Filmmakers Guild.

▼▲
I'm the author/artist and I want to review Why Save Alexander, softcover.
Back