Skip to main content
Why God Waits for You to Pray
By: Thomas Keith Roberts
Stock No: WW774764 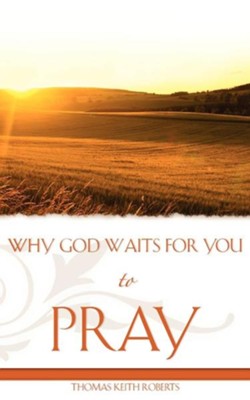 Why God Waits for You to Pray

▼▲
What have you missed by keeping your prayer life on the back burner? How many benefits keep escaping you due to lack of prayer? More than that, what disasters might be headed your way because prayer has been cut adrift in a sea of apathy? Is it really true that God doesn't act until you ask... that He waits for you to pray? And if God waits for us to pray, will our disappointing failures be turned around by simply asking? This book will answer those questions. And it will do two things for your prayer life: First, it will motivate you to pray more and second it will teach you how to pray more effectively, using Jesus' prayer life as the template. Dr. Keith Roberts has conducted nearly one hundred Prayer Enrichment Seminars in nineteen states and the Caribbean, as well as speaking on prayer at many national Bible conferences. He often writes about prayer, and helped organize a 24-hour prayer counseling telephone ministry for the CrossView television program, which generated two thousand calls per week. For several years he has served as Dean of the CrossView College of Prayer, a distance learning school designed to teach students all that the Bible has to say about prayer. The College of Prayer makes its home at the Calhoun Church of Christ in north Louisiana, where Keith has been the Preaching Minister since 1981.

▼▲
I'm the author/artist and I want to review Why God Waits for You to Pray.
Back