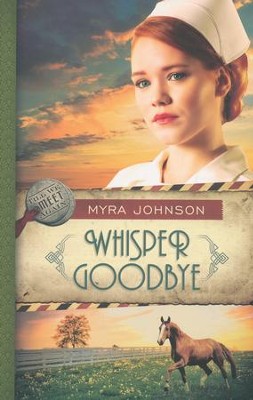 ▼▲
If it's not Gilbert's insane jealousy over his former fiancie's new marriage, it's his addiction to pain killers and gambling that thwarts Gil's own happiness. Worse, Gilbert's mother, Evelyn, continually reminds him of what he lost when he pushed Annemarie away. Under Evelyn's critical eye, Mary fights to believe in her worth, wondering if she will ever be enough.

As Mary longs for the day when Gilbert will finally let go of the past and learn to love her as she loves him, she realizes that the only way to open Gilbert's heart is to whisper her goodbyes . . . and pray God will bring them back together.

▼▲
I'm the author/artist and I want to review Whisper Goodbye, Till We Meet Again Series #2.
Back
Back