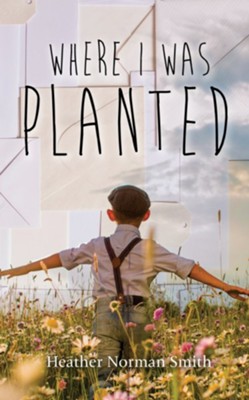 Where I Was Planted

In the spring of 1961, ten-year-old Nate "Weenie" Dooley has a revelation-his father is not a good one.Inspired by National Geographic, his favorite thing next to the Bible storybook his mother gave him before she died, Nate plans to leave his father and their home in the Smokies to set out on adventure.

When he discovers that his father has left him first, it will take the help of a stray dog, some kind neighbors, a one-man-band, letters from a long-lost-aunt, and a new understanding of God to figure out he isn't really alone.

Will he find that Copper Creek is where he's always belonged?

▼▲
I'm the author/artist and I want to review Where I Was Planted.
Back
×
Back
×