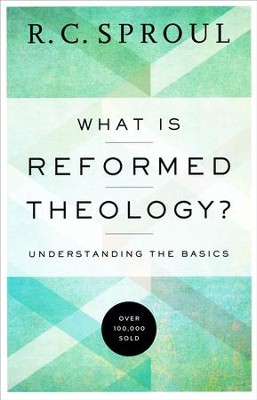 What Is Reformed Theology? Understanding the Basics

▼▲
Total depravity, unconditional election, limited atonement, irresistible grace, and the perseverance of the saints. As the founder and chair of Ligonier Ministries, Sproul has been winsomely expounding Calvinism for decades. His Renewing Your Mind radio broadcast is heard in more than 50 countries. 256 pages, softcover.

▼▲
What Do the Five Points of Calvinism Really Mean?

Many have heard of Reformed theology, but may not be certain what it is. Some references to it have been positive, some negative. It appears to be important, and they'd like to know more about it. But they want a full, understandable explanation, not a simplistic one.

What Is Reformed Theology? is an accessible introduction to beliefs that have been immensely influential in the evangelical church. In this insightful book, R. C. Sproul walks readers through the foundations of the Reformed doctrine and explains how the Reformed belief is centered on God, based on God's Word, and committed to faith in Jesus Christ. Sproul explains the five points of Reformed theology and makes plain the reality of God's amazing grace.

▼▲
I'm the author/artist and I want to review What Is Reformed Theology? Understanding the Basics.
Back
Back