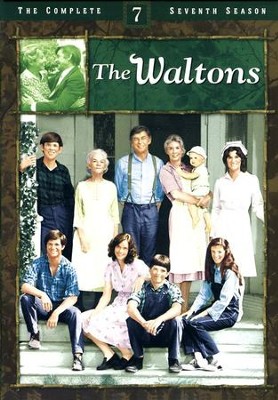 ▼▲
The winds of war blow across Walton's Mountain on season seven! On December 7th, 1941 President Franklin Roosevelt responds to the Japanese attack on Pearl Harbor as the nation---and the Waltons---plunge into the chaos and heroism of World War II. John-boy reports from London for Star and Stripes, Mary Elen nurses the war wounded, while Jason, Ben and even Jim-Bob debate joining up. John and Olivia expand their lumber business to aid in the war effort. But the personal events are almost as dramatic: still reeling from Grandpa's death, the family experiences the sorrow of losing another family member.and the surprise of gaining a new Walton. Not Rated. English subtitles. Approx. 1,148 minutes.