Skip to main content
The Vocation of a Christian Scholar: Or How Christian Life Can Sustain the Life of the Mind, 2d, ed.
By: Richard T. Hughes
Stock No: WW29159 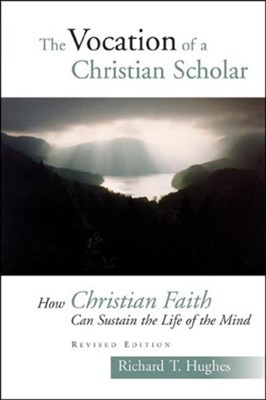 The Vocation of a Christian Scholar: Or How Christian Life Can Sustain the Life of the Mind, 2d, ed.

▼▲
Richard T. Hughes's highly praised book on the relationship between Christian faith and secular learning--originally published as How Christian Faith Can Sustain the Life of the Mind--is now available in a revised edition that brilliantly incorporates recent interest in the topic of vocation. While the vocational dimensions of the earlier book were implicit, this revised edition makes them explicit. In the first of two completely new chapters, Hughes recounts his own vocational journey, telling how he drew on Christian theology to discover his talents and how best to use them. The second new chapter focuses on the vocation of Christian colleges and universities, including the purpose and goals of church-related education. The story offered here provides a compelling argument that faith, properly pursued, nourishes the openness and curiosity that make a life of the mind possible.

▼▲
Can Christian faith sustain the life of the mind? To many academics this question seems absurd. In their judgment, religion is fundamentally dogmatic while the life of the mind requires openness, creativity, and imagination. This stereotypical assumption about the nature of religion in general, and Christianity in particular, has contributed significantly over the past century to the divorce between faith and learning at countless colleges and universities in the United States. But is this assessment of the intellectual nature of faith justified, or the academic rift it has opened?

In this powerful -- yet very personal -- reflection on faith and scholarship, Richard T. Hughes counters the widespread perception of Christians as steeped in narrowness and dogmatism and provides a compelling argument that faith, properly pursued, in fact nourishes the openness and curiosity that make a life of the mind possible. Neither an assessment of church-related higher education today nor a lamentation over the process of secularization, this book is instead a badly needed aid for academics in both private and public institutions who want to connect Christian faith with scholarship and teaching in meaningful and effective ways.

Defining the "life of the mind" in terms of disciplined search for truth, conversation with diverse viewpoints, critical analysis, and intellectual creativity, Hughes shows that such life, far from being impeded by Christian faith, can actually be enhanced by it -- but only if Christians learn to think theologically and break through the particularities of their traditions.

Hughes first examines the way that the Deism of the Founding Fathers defines the values of themodern academy in the United States, and he asks how the Christian tradition might interact with these values in meaningful ways. He then looks at four different Christian traditions -- Catholic, Lutheran, Reformed, and Mennonite -- and the different ways they sustain the life of the mind. When he turns to teaching, Hughes uses his own classroom work as an illustration of how a commitment to some of the great themes of Christian theology can undergird both the form and the content of the teaching task. Finally, in an especially poignant chapter, Hughes explores how good teaching and scholarship can be rooted in human suffering and tragedy.

After a spate of books and articles that merely mourn the decline of Christian intellectual life, here -- at last -- is a volume that offers a constructive assessment of how Christian faith might, indeed, sustain the life of the mind.

▼▲
I'm the author/artist and I want to review The Vocation of a Christian Scholar: Or How Christian Life Can Sustain the Life of the Mind, 2d, ed..
Back
Back