Skip to main content
Untitled: A Chet and Bernie Mystery: An eShort Story - eBook
By: Spencer Quinn
Stock No: WW26358EB 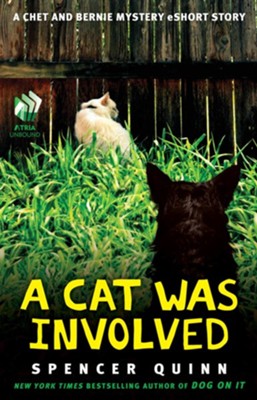 Untitled: A Chet and Bernie Mystery: An eShort Story - eBook

▼▲
Spencer Quinn’s first original e-short story reveals how everyone’s favorite detective duo—Chet the Dog and P.I. Bernie Little—came to meet before their first big case in Dog On It.

As fans know, Chet first met Bernie on that fateful day when he flunked out of K-9 police school. The details of that day though have always remained a little vague (like so much in Chet’s doggy brain). All we know is that Chet had been the best leaper in his K-9 class, but for some reason he failed his final leaping test...and that a cat was involved...and that there was some blood. But whose? The test, the cat, the blood—all pieces of a puzzle that, when solved, will bring down a dangerous gang of thieves—and signal the start of a beautiful friendship.

This fateful day has been alluded to in every book in the series, and now fans of Chet and Bernie will finally get to find out what actually happened. For these two beloved characters, it was something like love at first sight—and, for Chet, at first smell, too.

▼▲
Spencer Quinn is the author of seven previous bestselling Chet and Bernie mystery novels as well as the middle grade novel Woof. He lives on Cape Cod with his dogs Audrey and Pearl. Keep up with him—and with Chet and Bernie—by visiting SpenceQuinn.com.

▼▲
I'm the author/artist and I want to review Untitled: A Chet and Bernie Mystery: An eShort Story - eBook.
Back
Back