Skip to main content
OUR BIGGEST BARGAIN SALE EVER: Over 6,000 deals at never-seen-before prices ~ through 8/23. Shop now >
Under a Cloudless Sky, Paperback
By: Chris Fabry
Stock No: WW387789 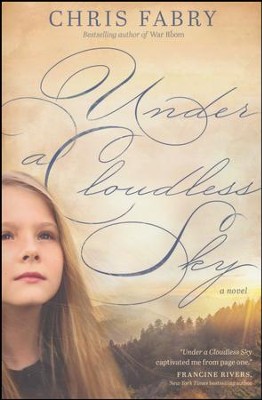 Under a Cloudless Sky, Paperback

A novel set between 1933 and 2004 about the coal-mining town of Beulah Mountain, West Virginia, and the people who live there in danger of being destroyed by a horrific massacre of miners during a conflict between the workers and management for the sake of profit. Years later, many neighbors are forced sell their land to a coal and energy company or face rising property taxes. One man tries to keep his family legacy while a mining executive offers to revitalize the dying town paying homage to the past while positioning the company for growth at all costs.

▼▲
A charming and engrossing novel for fans of Southern fiction and the recent hit memoir Hillbilly Elegy about a lush and storied coal-mining town—and the good people who live there—in danger of being destroyed for the sake of profit. Will the truth about the town’s past be its final undoing or its saving grace?

1933. In the mining town of Beulah Mountain, West Virginia, two young girls form an unbreakable bond against the lush Appalachian landscape, coal dust and old hymns filling their lungs and hearts. Despite the polarizing forces of their fathers—one a mine owner, one a disgruntled miner —Ruby and Bean thrive under the tender care of Bean’s mama, blissfully unaware of the rising conflict in town and the coming tragedy that will tear them apart forever.

2004. Hollis Beasley is taking his last stand. Neighbors up and down the hollow have sold their land to Coleman Coal and Energy, but Hollis is determined to hold on to his family legacy on Beulah Mountain. Standing in his way is Buddy Coleman, an upstart mining executive who hopes to revitalize the dying town by increasing coal production and opening the Company Store Museum. He’ll pay homage to the past—even the massacre of 1933—while positioning the company for growth at all costs.

What surprises them all is how their stories will intersect with a feisty octogenarian living hundreds of miles away. When Ruby Handley Freeman’s grown children threaten her independence, she takes a stand of her own and disappears, propelling her on a journey to face a decades-old secret that will change everything for her and those she meets.

▼▲
With part of the story taking place in 1933 and the other half in 2004, Fabry’s latest is a multilayered, engaging story with rich details and interesting characters. Thanks to the historical coal-mining backstory, Under a Cloudless Sky should appeal to both readers of Southern historical fiction and inspirational fiction. Fabry offers readers some surprising twists as he slowly weaves the two stories together. Some savvy readers may be able to guess where the story is going, and others will be shocked as reveals are made. Under a Cloudless Sky is entertaining and a wonderful addition to the inspirational fiction genre. Rating: Four stars
Fabry (War Room) captures the political and social climate of an Appalachian mining community in this evocative novel set between 1933 and 2004. Beginning in 1933 with the budding friendship between young girls Ruby and Bean (one the daughter of a mine owner, the other the daughter of a miner), the story leads up to the horrific massacre of miners during a conflict between the workers and management that defines Beulah Mountain for generations. In the present day, the people of Beulah Mountain are being forced to sell their land to Coleman Coal and Energy or face rising property taxes and even more hardship, as it seems the energy company and government are working together. When the company store is converted into a museum, Ruby, now in her 80s, is invited to its opening as an honored guest. She has no intention of returning until an argument with her kids convinces her to finally confront her past in order to overcome it. While her kids believe that it’s time for her to lean more on them, she is determined to be independent and, after hearing a sermon about forgiveness, she heads back to Beulah Mountain, leaving her worried kids behind. Fabry weaves the events of the past and present into a finely layered story exploring the relationships of faith, forgiveness and family in the midst of healing from pain buried deep in the past.

▼▲
I'm the author/artist and I want to review Under a Cloudless Sky, Paperback.
Back
Back