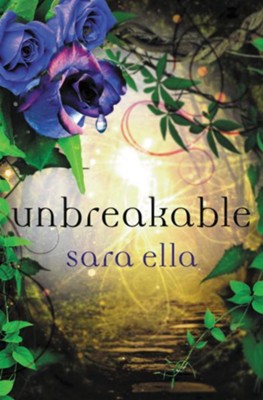 In the conclusion to the Unblemished trilogy, the Verity must put an end to the Void, and Queen Eliyana - as vessel of the Verity - must lead the battle.  Souls are at stake…as well as El’s heart.  She must somehow discern whom to trust while trying to piece together her shattered memories.  But with so much at stake, she cannot afford to lose.

Sara Ella masterfully takes readers to new worlds in the jaw-dropping finale to the Unblemished trilogy. With the fate of the Reflections at stake, Eliyana must destroy the Void . . . but at what cost?

Eliyana Ember is a reluctant queen. As vessel of the Verity—the purest of souls—only she can lead the fight against the wicked magnetism of the Void. If she fails, the paths between Reflections will cease to exist, and those she loves will remain plagued by darkness.

After falling through a draining Threshold and suffering near-death, Eliyana awakens to a Shadowalker-ridden Venice, Italy. From there, she must learn to navigate mysteries of time and space. Traveling across the seven Reflections, Eliyana seeks one thing: the demise of the Void.

But something else is at stake—the fate of her heart. Kyaphus Rhyen and Joshua David, brothers in arms, duel to win her hand. Ky remains ensnared and tortured by the Void. Joshua, though well-meaning, harbors dark secrets. Meanwhile, Eliyana finds herself torn, her mind and memories leading her in one direction, but her heart pulling her toward a man she knows she shouldn’t trust.

How can she discern whom to believe when she cannot even depend on her own fragmented memories?

Traversing the realms of fantasy and reality through a labyrinth of plot twists, Unbreakable delivers a thrilling conclusion to Sara Ella’s Unblemished Trilogy.

Sara Ella is the award-winning author of the Unblemished series and Coral, the upcoming reimagining of The Little Mermaid. She spends her days throwing living room dance parties for her two princesses, raising her little prince to be a king, and conquering realms of her own imaginings with her swoony husband by her side. She may or may not be obsessed with #Bookstagram, which feeds her current addiction to bookish tea and candles. A lover of fairy tales, she believes "Happily Ever After is Never Far Away." Connect with Sara online at SaraElla.com; Facebook: WritingHisTruth; Twitter: @SaraEllaWrites; Instagram: SaraEllaWrites; and YouTube: Sara Ella.

▼▲
'Wow! What an exquisite conclusion to the thrilling Unblemished trilogy. . . A feast of pop culture and literary references, masterful worldbuilding and heartfelt allegory, the entire series is not to be missed--and this last book ties it all together in stunning fashion.' -- RT Book Reviews, 4 stars

'Sara Ella returns with the thrilling conclusion to her Unblemished trilogy, a series that combines elements from fairy tales and fantasy to captivate the reader. . . Ella masterfully creates a realistic fantasy world, a story with a nod to pop culture and literary references. . . Her allegorical story is filled with excellent narratives, engaging characters, and truths--and plenty of plot twists! The relationships are clean, the faith element is a light touch, and the violence is neither graphic nor inappropriate. Recommended for public and school libraries, for fans of fantasy and fairy tale retellings, for young adults and adults alike.' -- Christian Library Journal

▼▲
I'm the author/artist and I want to review Unbreakable.
Back
Back