Two Sides to Everything - eBook
By: Deb Brammer 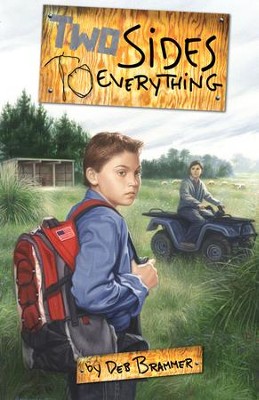 Two Sides to Everything - eBook

▼▲
In Two Sides to Everything, a Christian fiction by Deb Brammer, going to New Zealand while his mother recovers from an accident seems like a simple enough choice to Josh. After all, New Zealanders speak the same language he does. But after he arrives, Josh begins to have doubts even about that, and he is concerned about the exclusion, bullying, resentment, and fear he sees in his classmates. Working on the sheep farm doesn't prove to be the haven he had hoped either. Slowly Josh realizes that his own heart is the soil in which the first seeds of change will have to be planted.

▼▲
I'm the author/artist and I want to review Two Sides to Everything - eBook.
Back
×
Back
×