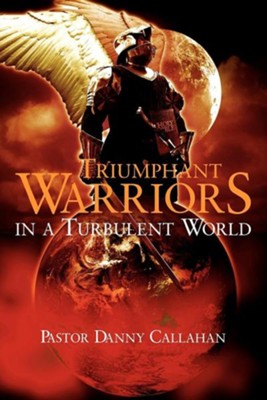 Triumphant Warriors in a Turbulent World

▼▲
The Bible clearly tells us that the end of time is near. The devil is constantly assaulting God's people with devastating forms of spiritual warfare. This war is being waged world wide. The battlefield is in the heart of every believer and the souls of mankind are the prize. We, as Christians, must not fear and give up. God is on our side and we will win. We are instructed to put on the whole armor of God. But what are our weapons? How do we learn to use them? How do we fight an unseen enemy? What does God expect of us? Can we really be victorious? The purpose of this book is to show how God's Word answers these questions. It is my desire that you fully comprehend what God has given to me, so - "I've tried to write it, so that you can understand it." In 1970, while a senior at the University of Georgia, Danny Callahan, received his calling into the ministry. God's words were crystal clear that day, as He shared His will for Danny's life. Then the Lord ended His instructions with these words, "I want you to say it so that they can understand." After graduation Danny entered the job market and pursued his own dreams. But "the calling" haunted him day and night. After struggling for two years, he surrendered his will to God, and his life has never been the same. He started his first youth group in 1973 and served as a youth minister for the next twenty years. In August of 1993 he accepted the pastorate of Kettle Creek Church, in Waycross, Georgia. He has faithfully ministered there for the past fifteen years and continues to humbly serve as their Shepherd.

▼▲
I'm the author/artist and I want to review Triumphant Warriors in a Turbulent World.
Back
×