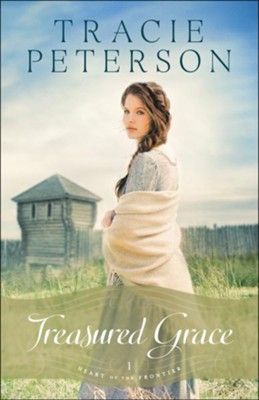 In mid the 1870’s Grace Martindale became responsible for her two younger sisters after their parents died. Halfway through the wagon train journey to the Oregon Trail, her husband died during an outbreak of cholera. She continued the journey west and stayed at the Whitman Mission for the winter where a measles outbreak brings even more death. Will the natural remedy and midwifery skills her mother taught her keep her remaining family alive?

Grace Martindale has known more than her share of hardship. After her parents died, raising her two younger sisters became her responsibility. A hasty marriage to a minister who is heading to the untamed West seemed like an opportunity for a fresh start, but a cholera outbreak along the wagon trail has left Grace a widow in a very precarious position.

Having learned natural remedies and midwifery from her mother, Grace seeks an opportunity to use her skills for the benefit of others. So when she and her sisters arrive at the Whitman mission in "Oregon Country," she decides to stay rather than push on.

With the help of Alex Armistead, a French-American fur trapper, Grace begins to provide care for her neighbors, including some of the native populace. But not everyone welcomes her skills--or her presence--and soon Grace finds herself and those she loves in more danger than she imagined possible.

▼▲
Tracie Peterson is the bestselling, award-winning author of more than 100 novels. Tracie also teaches writing workshops at a variety of conferences on subjects such as inspirational romance and historical research. She and her family live in Montana. Learn more at www.traciepeterson.com.

▼▲
I'm the author/artist and I want to review Treasured Grace, Heart of the Frontier Series #1.
Back
Back