EARLY CHRISTMAS SALE: Shop over 900 items up to 85% off through 9/29 >
Curiosities of the Civil War: Strange Stories, Infamous Characters and Bizarre Events - eBook
By: Webb Garrison 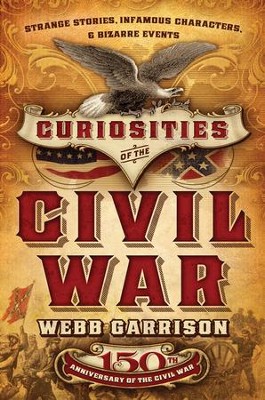 Civil War buffs, be warned: Webb Garrison’s Curiosities of the Civil War may catch you off guard.

Packed with obscurities and bizarre anecdotes, it spills over with specifics you’ve likely never heard. Debated, reenacted, and analyzed, the Civil War has been the subject of countless books, films, and scholarly research—many of them quite repetitious. This nuanced perspective on the war provides a glimpse beyond the bloody battles, casualties, and political conflict. You'll discover:

This cache of peculiar characters and stories will deepen your understanding of the war and the people who engaged in it.

▼▲
I'm the author/artist and I want to review Curiosities of the Civil War: Strange Stories, Infamous Characters and Bizarre Events - eBook.
Back
×
Back
×