Skip to main content
OUR BIGGEST BARGAIN SALE EVER: Over 6,000 deals at never-seen-before prices ~ through 8/23. Shop now >
Mark Through Old Testament Eyes: A Background and Application Commentary
By: Andrew T. Le Peau
Stock No: WW44411X 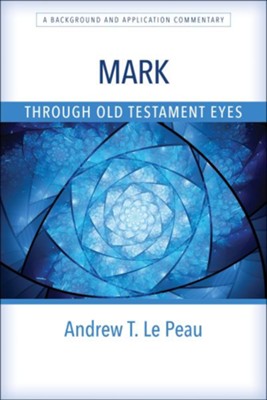 Mark Through Old Testament Eyes: A Background and Application Commentary

Through Old Testament Eyes is a new kind of commentary series that opens the New Testament writings in greater depth to anyone committed to understanding or teaching Scripture. In this inaugural volume, the richness of Old Testament allusions and background in Mark clarifies puzzling passages and explains others in fresh ways.

The exodus motif structures Mark. Mark also presents Jesus as the true temple of God in contrast to the existing temple, which has been corrupted. These important themes are hidden to modern eyes without the insight of an Old Testament perspective, and this commentary builds on that insight to emphasize how the gospel applies to the daily lives of Christians today.

Tell us a little about yourself.  For thirty years I was the associate publisher for editorial at InterVarsity Press and taught the gospel of Mark for over a decade to college students. I am currently a writer and editor who blogs at Andy Unedited on the InterVarsity Press website.

What was your motivation behind this project?  When I taught students the gospel of Mark, certain passages regularly perplexed them, such as:  Why does Mark describe what John the Baptist wears (camel hair, leather belt) and eats (honey, locusts) when he doesnt do this for Jesus, Pilate, or Peter?  Why does Mark say Jesus meant to pass by the disciples while their boat was struggling against the wind? Didnt he see them? Didnt he care?  Why does Mark mention the detail of the grass being green in describing the feeding of the five thousand? Does that really matter? To answer these and many other questions, I would point them to key Old Testament passages. When they read those, they had classic "aha!" reactions. Now they understood. Over the years I began to see that the Old Testament was a key resource not only in understanding difficult passages, but even those we think we already knew. This led me deeper and deeper into Mark and into the Old Testament.

What do you hope folks will gain from this project?  The challenge of understanding Jesus was overwhelming for the first disciples. He came as a startling, powerful, and unexpected figure is so many ways, they didn't quite know what to make of him. So Mark used all the best tools in his toolbox so he and his readers could wrap their minds around who Jesus was. The name of his toolbox was the Old Testament. By portraying Jesus as the New Moses, the New Israel, the New David, the Divine Warrior, the Son of man, the Son of God, the New Temple, the New Exodus and so much more, we can gain a new, larger understanding of Jesus (and of the Christian life) than we thought possible before.

How were you personally impacted by working on this project?  When I began writing the book, I still wondered if what I had in mind was even possible. Was every paragraph, nearly every verse of Mark actually infused with the Old Testament the way I suspected it might? By the time I finished the first chapter of Mark, I no longer had any doubts. Even though I knew the Old Testament beforehand, this project has made me want to know and study it even more.

Who are your influences, sources of inspiration or favorite authors / artists?  Many authors have been extremely helpful to me in writing this book, including G. K. Beale, Kenneth E. Bailey, Richard Hays, N. T. Wright, Mark Strauss, Willard Swartley, Rikki Watts, and Christopher J. H. Wright.

Anything else you'd like readers / listeners to know:  The New Testament writers were Old Testament people. Without a firm appreciation of the Old Testament, we cannot adequately understand their life and message.