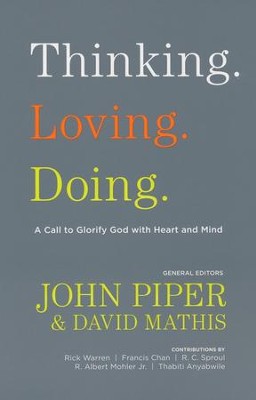 David Mathis serves as senior teacher and executive editor at desiringGod.org, a pastor at Cities Church in Saint Paul, Minnesota, and an adjunct professor at Bethlehem College & Seminary in Minneapolis. He and his wife, Megan, have four children. He is the author of several books, including Habits of Grace: Enjoying Jesus through the Spiritual Disciplines.

▼▲
I'm the author/artist and I want to review Thinking. Loving. Doing. A Call to Glorify God with Heart and Mind.
Back
Back