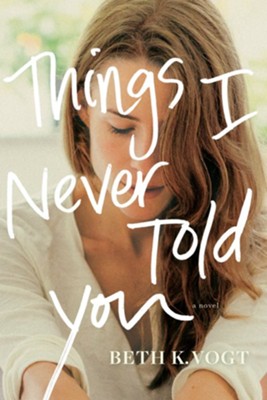 ▼▲
Vogt (Somebody Like You) explores the bonds of sisterhood in this touching tale. Piper Thatcher has just started a profitable party-planning business in north Denver and has a handsome and devoted boyfriend. Her life appears stable from the outside, but Piper is still haunted by the events of a tragic night 10 years earlier when her identical twin, Pepper, died in a snowmobile accident. In the present, Piper must help plan for her older sister Jillian’s upcoming wedding alongside oldest sister Johanna, who is skeptical of Piper’s party planning abilities. To make things more complicated, Piper is visited by the ghost of her sister. Pepper’s spectral appearances prod Piper into realizing and sharing the truth about the snowmobile accident, which she has kept buried for a decade. With Piper’s secrets unveiled, her sisters are compelled to come forward with long-held secrets of their own. Faith elements are present, but they never dominate. Piper becomes curious about Christianity, but discovers the value of grace and forgiveness organically from the Thatcher family’s struggles to overcome tragedy. Filled with flashbacks, twists, and secrets, Vogt’s family drama forcefully portrays the lasting effect of brash, youthful choices.
An engaging and eloquent balance of family dynamics. The endearing characters will draw readers into an emotionally rich drama. A solid recommendation for those who enjoy Susan May Warren and Fern Michaels.

▼▲
I'm the author/artist and I want to review Things I Never Told You.
Back
Back