Skip to main content
BIBLE SALE OF THE SEASON: For a Limited Time ~ Save on over 1,100 Bibles!
A Theology of the Old Testament: Cultural Memory, Communication, and Being
By: John W. Rogerson
Stock No: WW697150 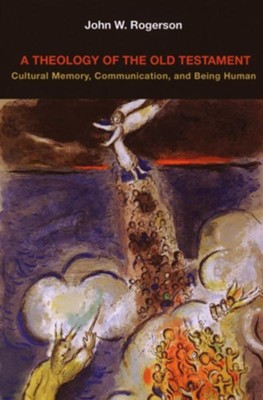 A Theology of the Old Testament: Cultural Memory, Communication, and Being

▼▲
The remarkable thing about the Old Testament is the persistence of its visions of a better humanity and a better world." Rather than seek to establish "what people may or may not once have believed in ancient Israel," John W. Rogerson addresses "the human condition in today?s world," asking what interpreters are doing today when they invoke the biblical texts. He draws on the insights of modern thinkers, including Benjamin and Bloch, Adorno and Horkheimer, Assmann and Habermas, to explore the dynamics of cultural memory in human communication.

In the texts of ancient Israel, Rogerson distinguishes "hot" cultural situations, alive to the remarkable potential of narratives that describe unfulfilled human aspirations to open up horizons of change, from "cold" cultural situations, where those potentialities are closed down to reinforce the institutional structures of the status quo.

Moving throughout narrative, legal, wisdom, and prophetic corpora and offering fresh and compelling insights at every step, A Theology of the Old Testament draws out powerful visions of human nature and of the world's future. Throughout Rogerson poses the challenge: Do these visions require a theological basis to be compelling in today's world, or can they speak as powerfully beyond the confines of religious belief?

▼▲
I'm the author/artist and I want to review A Theology of the Old Testament: Cultural Memory, Communication, and Being.
Back
Back