Skip to main content
A Theological Aesthetics of Liberation: God, Art, and the Social Outcasts - eBook
By: Vicente Chong
Stock No: WW109415EB 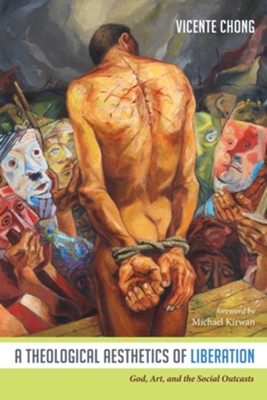 A Theological Aesthetics of Liberation: God, Art, and the Social Outcasts - eBook

▼▲
Since its emergence in the sixties of the last century, liberation theology in Latin America has paid little attention to the areas of aesthetics and art. At the same time, theological aesthetics seldom has been directly and explicitly concerned about the reality of the poor and the struggle for justice. This mutual disinterest between liberation theology and theological aesthetics is regrettable, because discerning a correlation between them would benefit both theological disciplines in their attempt to understand the saving action of God in the world. It is the intention of this book to fill that gap. A Theological Aesthetics of Liberation correlates liberation theology and theological aesthetics, exploring different themes such as the liberating power of art, and how the Spirit of God is involved in the process of liberation in and through art. This study is a critical reflection upon the question of the beauty of Jesus Christ, especially in relationship with the event of the cross, and upon its meaning for Christian life. This book analyzes such topics in conversation with important theologians: Gustavo Gutierrez, Jon Sobrino, Karl Rahner, Hans Urs von Balthasar, Edward Schillebeeckx, and other contemporary Christian theologians who have explored these themes.

▼▲
Vicente Chong is professor of Theology at the Pontificia Universidad Catolica del Ecuador. He earned a PhD in Theology from Heythrop College, University of London.

▼▲
I'm the author/artist and I want to review A Theological Aesthetics of Liberation: God, Art, and the Social Outcasts - eBook.
Back
Back