Skip to main content
SPRING CYBER EVENT STARTS NOW: And it's a really BIG deal! Up to 88% off through 5/24>
The World of Capt. John Smith
By: Genevieve Foster
Stock No: WW60325 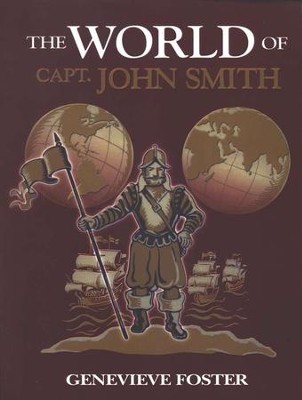 The World of Capt. John Smith

▼▲
The World of Capt. John Smith sets American history into a world-wide context. Short, beautifully written stories explain what was going on during the main segments of John Smith's life. When Smith was a boy, Shakespeare was on his way to London to become an actor, the Spanish Armada had failed to conquer England, Mary Queen of Scots had lost her head, a little band of Pilgrims seeking to escape religious persecution in England fled to Holland and a little Dutch boy named Rembrandt began to paint. These are just a few of the intriguing personalities, events, discoveries, and advances that made up the world of Captain John Smith! 406 pages, softcover. 7th Grade & up.

▼▲
I'm the author/artist and I want to review The World of Capt. John Smith.
Back
Back