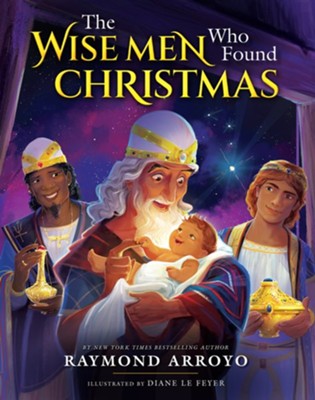 The Wise Men Who Found Christmas

▼▲
Finally, the True, Untold Story of the Wise Men
They were not three kings.
Nor were they from the Far East, or even Persia

In this thrilling, visual adventure, capturing the wonder of the Christmas season, New York Times bestselling author Raymond Arroyo shares the true, hidden story of the mysterious Magi, who risked everything to discover the truth.

Based on new historical evidence, The Wise Men Who Found Christmas is the miraculous, untold tale of three seekers who followed a star and found themselves in the middle of the greatest story ever told.

Stunningly illustrated by Diane Le Feyer, this enchanting family keepsake is sure to become part of your Christmas tradition - and a reminder that chasing truth is often the greatest adventure

▼▲
I'm the author/artist and I want to review The Wise Men Who Found Christmas.
Back