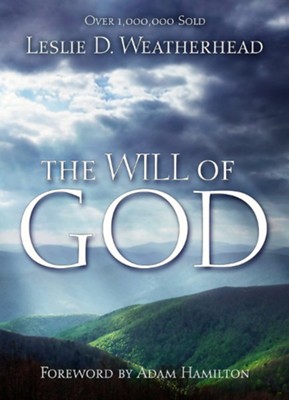 The Will of God

▼▲
The phrase "the will of God" is used loosely. The consequence of that looseness to our peace of mind is serious. The author's recognition of this problem led him to write this book, a classic that has helped more than a million grieving persons better understand the meaning of the phrase. It can help you as well.

▼▲
Leslie D. Weatherhead s thoughtful and compelling writings brought him worldwide acclaim during his lifetime. He served as longtime pastor of City Temple in London, which he helped rebuild after the London Blitz in WWII. The Will of God is perhaps his best-known work.

▼▲
I'm the author/artist and I want to review The Will of God.
Back
Back