Skip to main content
The Weight of Memory
By: Shawn Smucker
Stock No: WW735319 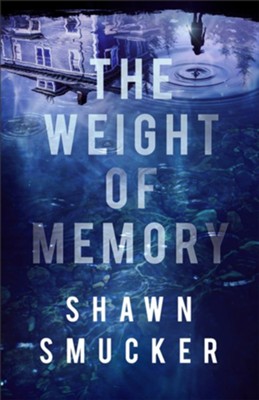 The Weight of Memory

▼▲
After receiving a terminal diagnosis, Paul Elias knows he must find somebody to watch over his granddaughter, Pearl. So he takes her to his hometown where he reconnects with an old friend and revisits painful memories. But when Pearl starts vanishing at night and returning with odd stories, should Paul question her sanity---or his own? 368 pages, softcover from Revell.

▼▲
"Smucker crafts beautiful sentences and haunting characters that immerse readers in a world where anything is possible but not everything is real. Recommended for fans of Ted Dekker or Tosca Lee."--Library Journal

When Paul Elias receives a terminal diagnosis, he leaves his physician's office in a fog. Only one thing is clear to him: if he is going to die, he must find someone to watch over his granddaughter, Pearl, who has been in his charge since her drug-addicted father disappeared. Paul decides to take her back to Nysa--both the place where he grew up and the place where he lost his beloved wife under strange circumstances forty years earlier.

But when he picks up Pearl from school, the little girl already seems to know of his plans, claiming a woman told her.

In Nysa, Paul reconnects with an old friend but is not prepared for the onslaught of memory. And when Pearl starts vanishing at night and returning with increasingly bizarre tales, Paul begins to question her sanity, his own views on death, and the nature of reality itself.

In this suspenseful and introspective story from award-winning author Shawn Smucker, the past and the present mingle like opposing breezes, teasing out the truth about life, death, and sacrifice.


"A resonant allegory about forgiveness and faith. Fans of James Rubart will want to take a look."--Publishers Weekly

▼▲
Shawn Smucker is the award-winning author of Light from Distant Stars and These Nameless Things, the young adult novels The Day the Angels Fell and The Edge of Over There, and the memoir Once We Were Strangers. He lives with his wife and six children in Lancaster, Pennsylvania. You can find him online at www.shawnsmucker.com.

▼▲
I'm the author/artist and I want to review The Weight of Memory.
Back
Back