The Valley of the Dry Bones: A Novel
By: Jerry B. Jenkins 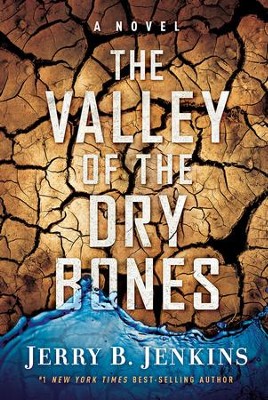 The Valley of the Dry Bones: A Novel

The Valley of Dry Bones, by Jerrry B. Jenkins

The world stands at the brink in this futuristic novel based on the Book of Ezekiel! After decades of drought, California is in serious trouble. Hydrologist Zeke Thorpe, attempting to reverse climatic conditions, is puzzled by mysterious messages that seem to come from God. Is he calling Zeke to be a modern-day prophet?

▼▲
Best-selling author whose books have sold over 70 million copies pens a thrilling tale of intrigue and terrorism.

▼▲
Jerry B. Jenkins' books have sold more than seventy million copies. Twenty-one of his titles have reached the New York Times, USA Today, Publishers Weekly, and Wall Street Journal bestseller lists. The phenomenally bestselling Left Behind series inspired a movie starring Nicolas Cage. Jenkins has been featured on the cover of Newsweek and his writing has appeared in Time, Reader's Digest, Guideposts, and dozens of other periodicals. Jenkins owns the Jerry Jenkins Writers Guild coaching thousands of aspiring writers in both fiction and nonfiction. He and his wife, Dianna, have three grown sons and live in Colorado. (www.JerryJenkins.com).

▼▲
I'm the author/artist and I want to review The Valley of the Dry Bones: A Novel.
Back
×
Back
×