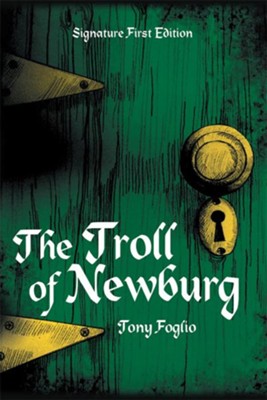 The Troll of Newburg - eBook

▼▲
This is a story about every child's imagination your imagination. It takes place in the early twentieth century about 1910. It is a fairy tale, a fantasy. However, the places are real and so are the people. The names have been altered to add a touch of mystery, or just in case someone does not like his or her character. The house is real, including the three doors. Maybe it's your house, your home town, or your family. Maybe it's your name that has been changed in our story. Even Gillo, the Troll is real. At least he was real to my youngest grandson. The only contrast to his imaginary friend, Gillo and the Gillo of our story is that his friend Gillo was just about always in trouble. When my grandson, was about Sue's age in our story (four), he came walking in the living room with peanut butter all over his face. His mom said, Didn't I say to stay out of the peanut butter? He immediately said, Yes, but you don't understand; Gillo fell into the peanut butter jar, and I was just trying to get him out. Imagination is an excellent gift.

▼▲
I'm the author/artist and I want to review The Troll of Newburg - eBook.
Back
×
Back
×