The Traitor's Pawn
By: Lisa Harris 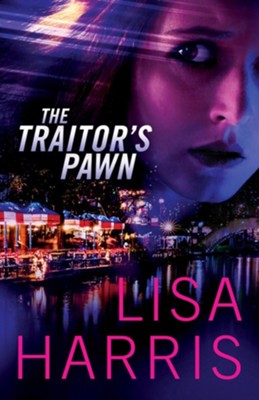 ▼▲
FBI agent Jack Shannon heads to Corpus Christi to discover who's selling government secrets to the Chinese. When a senator is shot and his companion---who happens to be Jack's first love---is kidnapped, the case and Jack's past become entangled. Will he be able to rescue Aubrey and stop the traitor? 336 pages, softcover from Revell.

▼▲
When FBI agent Jack Shannon arrives in Corpus Christi, Texas, he is focused on one thing: find the man who has been selling encrypted government secrets to the Chinese through online birding chat rooms. But when a senator is shot during a hunting trip and the woman he was with is abducted, Jack agrees to join the search--especially when he discovers that the kidnapping victim is Aubrey Grayson, a woman he was once in love with.

As the search continues, it becomes clear the senator may not have been the intended victim--and Aubrey may be connected to the other case Jack is supposed to be working on. Can Jack untangle the knots before it's too late? And when he learns the truth, will it be too painful to get past?

Join the hunt for the truth--and a traitor--in this tension-laden story of secrets, betrayal, and second chances.

▼▲
Lisa Harris is a bestselling author, a Christy Award winner, and the winner of the Best Inspirational Suspense Novel from Romantic Times for her novels Blood Covenant and Vendetta. The author of more than 40 books, including The Nikki Boyd Files and the Southern Crimes series, as well as Vanishing Point, A Secret to Die For, and Deadly Intentions, Harris and her family have spent over 16 years living as missionaries in southern Africa. Learn more at www.lisaharriswrites.com.

▼▲
I'm the author/artist and I want to review The Traitor's Pawn.
Back
×
Back
×