The Sword (Redesign): A Novel
By: Bryan M. Litfin 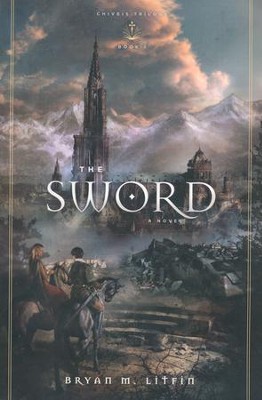 The Sword (Redesign): A Novel

▼▲
Four hundred years from now a deadly virus and nuclear war have destroyed the modern world, and those who survived have returned to a medieval-like age of swords, horses, and feudal kingdoms. Yet the breathtaking mountain realm of Chiveis lives in peace, protected from the outside world and obedient to its own gods. Though this noble civilization seems to flourish, Christianity has been forgotten-until a mysterious book is found.

When Teo, an army scout, and Ana, the beautiful daughter of a farmer, discover an ancient Bible, everything begins to change in Chiveis. As old beliefs give way to new faith, persecution rises and the kingdom's darkest secrets begin to surface. Will the new discovery be the end of Teo and Ana? Or will they find a way to bring the God of the Ancients back to the land of Chiveis?

The Sword explores a world where society has no knowledge of Christianity, and a Bible is discovered after being lost for centuries.

Bryan M. Litfin (PhD, University of Virginia) is the author of the Chiveis Trilogy and several other books, including Getting to Know the Church Fathers. Bryan and his wife, Carolyn, have two children.

▼▲
I'm the author/artist and I want to review The Sword (Redesign): A Novel.
Back
×
Back
×