Skip to main content
The Swan House
By: Elizabeth Musser
Stock No: WW225081 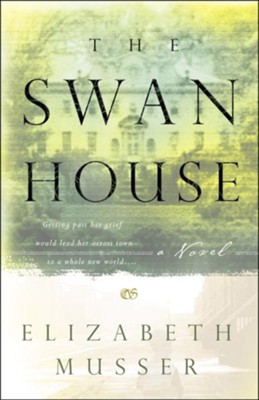 ▼▲
In 1960s Atlanta, wealthy Mary Swan Middleton has it all. When her mother's sudden death sends her reeling, the family maid challenges her to reach out to the less fortunate as a way to ease her loss. Then Mary meets Carl, her opposite in every way. Seeking his help to solve a mystery, she learns more than she ever imagined---about race, faith, and love. 448 pages, softcover from Bethany.

▼▲
Mary Swan Middleton has always taken for granted the advantages of her family's wealth. But a tragedy that touches all
of Atlanta sends her reeling in grief. When the family maid challenges her to reach out to the less fortunate as a way to ease her own pain, Mary Swan meets Carl--and everything changes. For although Carl is her opposite in nearly every way, he has something her privileged life could not give her. And when she seeks his help to uncover a mystery, she learns far more than she ever could have imagined.

Though passionate about writing since childhood, Elizabeth's first book was not published until 1996. Two Crosses was the first of a trilogy set during both the Algerian War for independence from France (1957-1962) and the present day civil war in Algeria. Her work has since been translated into Dutch, French, and German.

Since 1989, Elizabeth and her husband, Paul, have lived in Montpellier, France, where Paul serves on the pastoral team of a small Protestant church. The Mussers have two sons, Andrew and Christopher.

▼▲
I'm the author/artist and I want to review The Swan House.
Back
Back