Skip to main content
BLACK FRIDAY: Thousands of Deals ~ Up to 85% Off Through 11/28. Shop Now >
The Society of Extraordinary Raccoon Society
By: Randall Goodgame
Illustrated By: Joe Sutphin
Stock No: WW940948 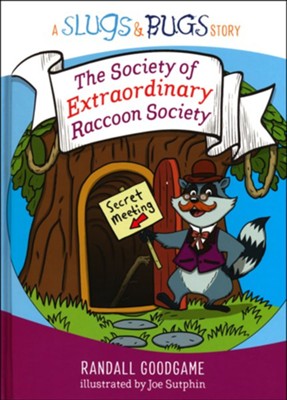 The Society of Extraordinary Raccoon Society

▼▲
You've been invited to the SOERS's secret meeting for new recruits! These extraordinary raccoons were once sneaky lock-pickers. But inspired by the wisdom of 2 Corinthians 9:6--7, they changed their ways and learned to give to others generously, quietly, and cheerfully---as you'll soon see from their singing and feasting.

▼▲
Welcome to a tour of the SOERS’s secretive society, where sneaky, lock-picking raccoons have learned to change their ways. Now they happily give their things to others, singing and feasting along the way, as they follow the wisdom of 2 Corinthians 9:6–7 on how to be a cheerful giver.

▼▲
I'm the author/artist and I want to review The Society of Extraordinary Raccoon Society.
Back
Back