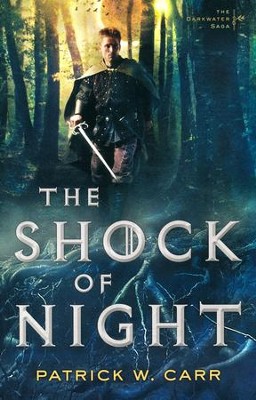 The Shock of Night #1

There are those with a rare inherited ability known as the gifted. Assistant investigator Willet Dura doesn’t believe the gifted musician died of a stroke. When he learns that this is the second death of one of the gifted within a month, he decides to take his investigation even further.

The Shock of the Night #1

A priest speaks to investigator Willet Dura in a foreign tounge just before his death. Willet realizes he has been passed the rarest gift of all. He now has the ability to see the deepest thoughts of people. How can he use this to find the killer.

When one man is brutally murdered and the priest he works for mortally wounded on the streets of Bunard, Willet Dura is called to investigate. Yet the clues to the crime lead to contradictions and questions without answers. As Willet begins to question the dying priest, the man pulls Willet close and screams in a foreign tongue. Then he dies without another word.

Willet returns to the city, no closer to answers than before, but his senses are skewed. People he touches appear to have a subtle shift, a twist seen at the edge of his vision, and it's as though he can see their deepest thoughts. In a world divided between haves and have-nots, gifted and common, Willet soon learns he's been passed the rarest gift of all: a gift that's not supposed to exist.

Now Willet must pursue the murderer still on the loose in Bunard even as he's pulled into a much more dangerous and epic conflict that threatens not only his city, but his entire world--a conflict that will force him to come to terms with his own tortured past if he wants to survive.

▼▲
Patrick W. Carr is the author of the acclaimed fantasy series The Staff and the Sword. A Cast of Stones won the 2014 Carol Award for Speculative Fiction and the 2014 Clive Staples Award. A Cast of Stones and The Hero's Lot were both finalists for 2014 Christy Awards. He teaches high school math and makes his home in Nashville, Tennessee, with his incredible wife, Mary, and their four sons. Learn more at www.patrickwcarr.com.

▼▲
I'm the author/artist and I want to review The Shock of Night #1.
Back
Back