Skip to main content
CYBER WEEK ENDS SOON! Spot great deals up to 88% off. >
The Serpent in Samuel: A Messianic Motif - eBook
By: Brian A. Verrett
Stock No: WW111298EB 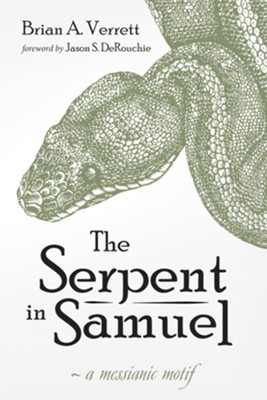 The Serpent in Samuel: A Messianic Motif - eBook

▼▲
In this study, Brian A. Verrett argues that 1-2 Samuel contains a serpent motif by practicing biblical theology and literary criticism. This motif derives from the serpent in Genesis 3, and its function within the Samuel narrative is to heighten the reader's anticipation in the coming messiah, who is the son of David and the seed of the woman from Genesis 3:15. This messiah will defeat the serpent and inaugurate his glorious reign over a renewed world. When 1-2 Samuel is read in this way, one appreciates previously unnoticed features of the text, understands aspects of the text that were formerly confusing, and rightly sees that the whole of 1-2 Samuel is a messianic document.

▼▲
Brian A. Verrett is an elder at New Creation Church in Granville, New York. He is joyfully married to Angela and is the father of Lydia, Abigail, and Luke.

▼▲
I'm the author/artist and I want to review The Serpent in Samuel: A Messianic Motif - eBook.
Back
Back