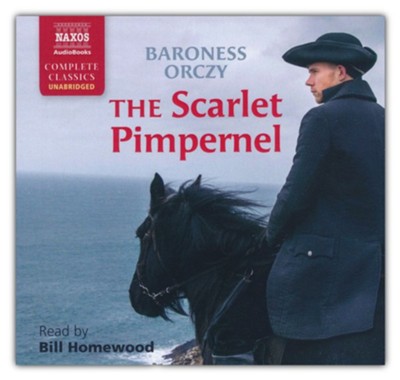 ▼▲
With the Reign of Terror at its peak, and the death toll mounting, France's violent revolutionists suddenly find themselves frustrated by a mysterious vigilante. Known as the Scarlet Pimpernel, the enigmatic hero rescues the country's ill-fated aristocrats from the doom of the guillotine and whisks them away to safety, with a band of gallant cohorts at his aid. Meanwhile, in England, beautiful Frenchwoman and former actress Lady Marguerite Blakeney finds herself drifting apart from her inane and foppish husband Sir Percy Blakeney "until Marguerite's brother is found to be in league with the Pimpernel and the villainous Chauvelin blackmails her into discovering the true identity of the masked man."

▼▲
I'm the author/artist and I want to review The Scarlet Pimpernel, Unabridged Audiobook on CD.
Back
×