The Return of the Soldier - eBook
By: Rebecca West 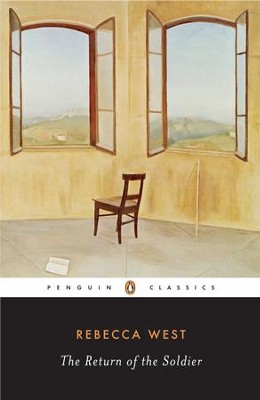 The Return of the Soldier - eBook

▼▲
Writing her first novel during World War I, West examines the relationship between three women and a soldier suffering from shell-shock. This novel of an enclosed world invaded by public events also embodies in its characters the shifts in England's class structures at the beginning of the twentieth century.

▼▲
Rebecca West (1892–1983) was a novelist, biographer, journalist, and critic. She published eight novels in addition to her masterpiece Black Lamb and Grey Falcon, for which she made several trips to the Balkans. Following World War II, West also published two books on the relation of the individual to the state, called The Meaning of Treason and A Train of Powder.

▼▲
“Brilliant . . . [West was] an artist who wrote wonderful prose, who took chances with language and cadence, and who wrote poetically, even of prosaic subjects.”
—The New Republic

▼▲
I'm the author/artist and I want to review The Return of the Soldier - eBook.
Back
×
Back
×