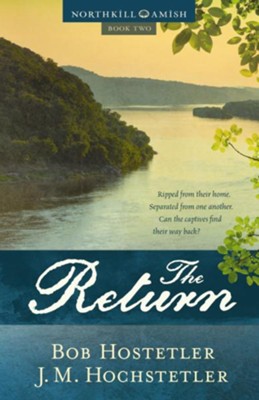 ▼▲
Jakob Hochstetlers refusal to take up arms against the Indians who attacked his Amish familys home on the Pennsylvania frontier during the brutal raids of the French and Indian War cost the lives of his wife, a son, and a daughter. Carried away with his younger sons, Jakob is enslaved by the Seneca, while Joseph and Christian are adopted into different Lenape divisions and struggle to adapt to new lives. In spite of overwhelming odds, Jakob plots a perilous escape. Yet even if he succeeds, can he survive a harrowing journey over the hundreds of miles of rugged terrain that lie between him and his Northkill community? And can he find his boys and bring them home?

▼▲
I'm the author/artist and I want to review The Return - eBook.
Back
Back