The Resurrection: History and Myth - eBook
By: Geza Vermes 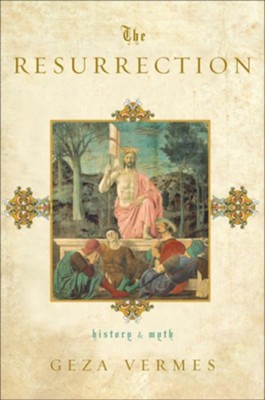 The Resurrection: History and Myth - eBook

▼▲
Christians believe the resurrection certifies that Jesus was truly God, yet understanding what really happened has been the subject of much debate. With what kind of body did he arise? How are we to interpret his various appearances? What links the resurrection to the ascension? Vermes investigates all sides of the question. 160 Pages. Hardcover from Doubleday.

Geza Vermes is one of the world's leading authorities on Judaism in the age of Jesus. His pioneering work on the Dead Sea Scrolls and the historical Jesus led to his appointments as the first Professor of Jewish Studies at Oxford, where he is now Professor Emeritus.

▼▲
Resurrection is the rock of faith on which Christianity is founded. But on what evidence is the most miraculous phenomenon in religious history based?

World-famous biblical scholar Geza Vermes has studied all the evidence that still remains, over two thousand years after Jesus Christ was reported to have risen from the dead. Examining the Jewish Bible, the New Testament, and other accounts left to us, as well as contemporary attitudes toward the afterlife, he takes us through each episode with a historian’s focus: the Crucifixion, the treatment of the body, the statements of the women who found the empty tomb, and the visions of Christ by his disciples. Unraveling the true meaning conveyed in the Gospels, the Acts, and Saint Paul, Vermes shines new light on the developing faith in the risen Christ among the first followers of Jesus.

▼▲
I'm the author/artist and I want to review The Resurrection: History and Myth - eBook.
Back
×
Back
×