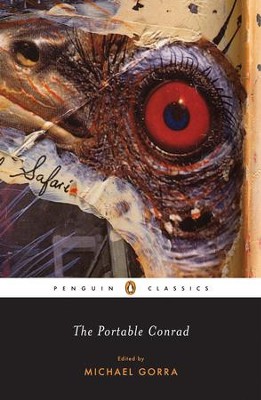 A great novelist of the sea, a poet of the tropics, a critic of empire and analyst of globalization, a harbinger of the modern spy novel, an unparalleled observer of the moments in which people are stripped of their illusions-Joseph Conrad is one of the greatest writers of the twentieth century. This revised edition of The Portable Conrad features the best known and most enduring of Conrad's works, including The Secret Agent, Heart of Darkness, and The Nigger of the "Narcissus," as well as shorter tales like "Amy Forster" and "The Secret Sharer," a selection of letters, and his observations on the sinking of the Titanic.

Joseph Conrad (originally J&oacute;zef Teodor Konrad Nalecz Korzeniowski) was born in the Ukraine in 1857 and grew up under Tsarist autocracy. In 1896 he settled in Kent, where he produced within fifteen years such modern classics as Youth, Heart of Darkness, Lord Jim, Typhoon, Nostromo, The Secret Agent and Under Western Eyes. He continued to write until his death in 1924. Today Conrad is generally regarded as one of the greatest writers of fiction in English—his third language.

Michael Gorra is a professor of English at Smith College. His books include The Bells in Their Silence: Travels Through Germany and After Empire: Scott, Naipaul, Rushdie. His book, Portrait of a Novel: Henry James and the Making of an American Masterpiece (2012), was a finalist for both the Pulitzer Prize and the National Book Critics Circle Award in Biography.

▼▲
"This is the best one-volume selection of Conrad available. Michael Gorra's learned and acute introduction puts both Conrad, and Conrad criticism, in essential context."
-James Wood

▼▲
I'm the author/artist and I want to review The Portable Conrad - eBook.
Back
×
Back
×