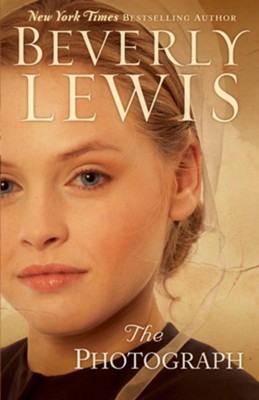 ▼▲
Eva is reeling from her sister Lily's disappearance. Did an outsider woo her away? Meanwhile, buggy maker Jed Stutzman finds a snapshot of an Amish woman. When he walks into Eva's sweet shop with the mysterious picture, Eva is drawn to the handsome stranger---but the woman in the photograph is no stranger at all!

▼▲
Inspiring New Novel from the
"Biggest Name in Amish Fiction"


Eva Esch and her sisters are in a predicament. With the passing of their widowed mother, Eva's older brother Menno plans to move his growing family into the Eden Valley farmhouse where they all grew up, leaving little room for his three single sisters. Surely, Menno reasons, at least one of them will marry this coming wedding season. Eva does hope to marry, but she isn't sure she wants to give up her sweet shop for the life of a farmer's wife, and she has no other prospects.

When younger sister, Lily, disappears in the night, leaving only a brief note, Eva fears she has been wooed away from the People by an outsider. And when Jed Stutzman, a young Amish buggy maker from Ohio, shows up in Lancaster with a photo of a Plain young woman, Eva's world begins to tilt. She feels powerfully drawn to the quietly charming stranger--but the woman in the forbidden photograph is no stranger at all. . . .

▼▲
Beverly Lewis is the New York Times bestselling author of more than ninety books in eleven languages. A keen interest in her mother's Plain heritage has inspired Beverly to write many Amish-related novels, beginning with The Shunning, which has sold more than one million copies and is an Original Hallmark Channel movie. In 2007, The Brethren was honored with a Christy Award. Beverly has been interviewed by both national and international media, including Time magazine, the Associated Press, and the BBC. She lives with her husband, David, in Colorado. Visit her website at www.beverlylewis.com or www.facebook.com/officialbeverlylewis for more information.

▼▲
I'm the author/artist and I want to review The Photograph.
Back
Back