Skip to main content
The Oxford Handbook of Maximus the Confessor
By: Pauline Allen
Stock No: WW779339 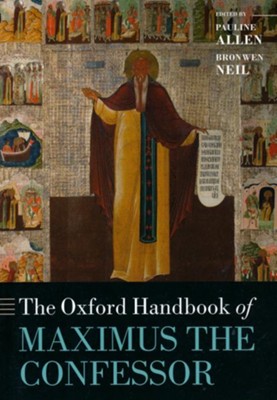 The Oxford Handbook of Maximus the Confessor

▼▲
One of the most widely discussed figures in modern patristics---partly due to new discoveries, recent translations, and critical editions of his works---Maximus was something of a polymath who made contributions in a number of fields and was intensely involved in the leading controversies of his day, such as Monothelitism. 640 pages, softcover.

▼▲
Maximus the Confessor (c.580-662) has become one of the most discussed figures in contemporary patristic studies. This is partly due to the relatively recent discovery and critical edition of his works in various genres, including On the Ascetic Life, Four Centuries on Charity, Two Centuries on Theology and the Incarnation, On the 'Our Father', two separate Books of Difficulties, addressed to John and to Thomas, Questions and Doubts, Questions to Thalassius, Mystagogy and the Short Theological and Polemical Works.

The impact of these works reached far beyond the Greek East, with his involvement in the western resistance to imperial heresy, notably at the Lateran Synod in 649. Together with Pope Martin I (649-53 CE), Maximus the Confessor and his circle were the most vocal opponents of Constantinople's introduction of the doctrine of monothelitism. This dispute over the number of wills in Christ became a contest between the imperial government and church of Constantinople on the one hand, and the bishop of Rome in concert with eastern monks such as Maximus, John Moschus, and Sophronius, on the other, over the right to define orthodoxy. An understanding of the difficult relations between church and state in this troubled period at the close of Late Antiquity is necessary for a full appreciation of Maximus' contribution to this controversy.

The editors of this volume provide the political and historical background to Maximus' activities, as well as a summary of his achievements in the spheres of theology and philosophy, especially neo-Platonism and Aristotelianism.

▼▲
Pauline Allen is Director of the Centre for Early Christian Studies at Australian Catholic University, Brisbane. A former Fellow of the Alexander von Humboldt-Stiftung, and Fellow of the Australian Academy of the Humanities, she has worked on homiletic literature, Maximus the Confessor, the Council of Chalcedon, Severus of Antioch, John Chrysostom, and late-antique letter-writing. She is co-author of The Churches of Syrian Antioch, 300-638 CE (Leuven, 2012). She is research associate in the Department of Ancient Languages, University of Pretoria, and past president of the Association Internationale d'Etudes Patristiques.

Bronwen Neil is Assistant Director of the Centre for Early Christian Studies at Australian Catholic University (Brisbane). Neil has produced critical editions and translations of texts pertaining to Maximus the Confessor, and Pope Martin I. Other works on papal writings include annotated translations of Pope Gelasius' letters (with Pauline Allen) and selected letters and sermons of Pope Leo I, and A Companion to Gregory the Great, co-edited with Matthew Dal Santo. She has also published on poverty and welfare in Late Antiquity, and crisis management by late-antique bishops. She is current president of the Australian Association for Byzantine Studies, a Fellow of the Australian Academy of the Humanities, and a former Fellow of the Alexander von Humboldt-Stiftung.

▼▲
"Lovers of Maximus will be loathe to return it to the library reference shelf."--Clarion Journal

▼▲
I'm the author/artist and I want to review The Oxford Handbook of Maximus the Confessor.
Back
Back