Skip to main content
The Note II: Taking a Chance on Love - eBook
By: Angela Hunt
Stock No: WW83156EB 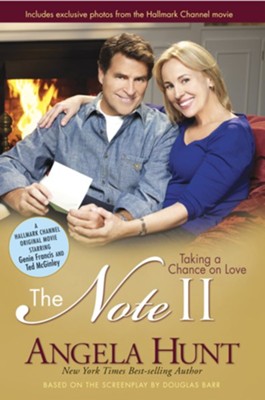 The Note II: Taking a Chance on Love - eBook

▼▲
Newspaper columnist Peyton MacGruder has returned to her job after covering the story of an ill-fated Pan World flight. Having recently discovered Christine, the daughter she gave up to an adoption agency nineteen years ago, she is reluctant to commit to the handsome sportswriter Kingston Danville. She feels she owes it to Christine to set her love life aside and make up for lost time. But when a reader challenges Peyton's advice to "let caution trump passion," Peyton determines to learn the reason behind her reader's cynicism . . . and in the process, discovers answers to her own heart-rending dilemma.

▼▲
I'm the author/artist and I want to review The Note II: Taking a Chance on Love - eBook.
Back
Back