Skip to main content
The Nature of Small Birds: A Novel
By: Susie Finkbeiner
Stock No: WW73935X 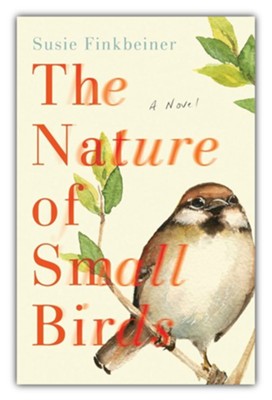 The Nature of Small Birds: A Novel

In 1975, at the end of the Vietnam War, over 3000 children were airlifted out of Saigon to be adopted into homes in several countries.  This humanitarian effort was put in place in the hopes of providing a better life for these children.  Mindy was part of the Operation babylift relocation program.  Although she loved her adoption family, she yearns to return to Vietnam to find her birth mother.

▼▲
"Finkbeiner has deftly written this narrative of ordinary people finding their way, set against a backdrop of global upheaval and war; the characters are realistic and vibrant. Readers looking for realist family stories with a subtle thread of faith . . .will want to read Finkbeiner's latest."--Library Journal starred review

In 1975, three thousand children were airlifted out of Saigon to be adopted into Western homes. When Mindy, one of those children, announces her plans to return to Vietnam to find her birth mother, her loving adopted family is suddenly thrown back to the events surrounding her unconventional arrival in their lives.

Though her father supports Mindy's desire to meet her family of origin, he struggles privately with an unsettling fear that he'll lose the daughter he's poured his heart into. Mindy's mother undergoes the emotional rollercoaster inherent in the adoption of a child from a war-torn country, discovering the joy hidden amid the difficulties. And Mindy's sister helps her sort through relics that whisper of the effect the trauma of war has had on their family--but also speak of the beauty of overcoming.

Told through three strong voices in three compelling timelines, The Nature of Small Birds is a hopeful story that explores the meaning of family far beyond genetic code.

"Readers who enjoy the work of Karen Kingsbury will want to take a look."--Publishers Weekly

▼▲
Susie Finkbeiner is the CBA bestselling author of All Manner of Things, which was selected as a 2020 Michigan Notable Book, and Stories That Bind Us, as well as A Cup of Dust, A Trail of Crumbs, and A Song of Home. She serves on the Fiction Readers Summit planning committee, volunteers her time at Ada Bible Church in Grand Rapids, Michigan, and speaks at retreats and women's events across the country. Susie and her husband have three children and live in West Michigan.

▼▲
I'm the author/artist and I want to review The Nature of Small Birds: A Novel.
Back
Back