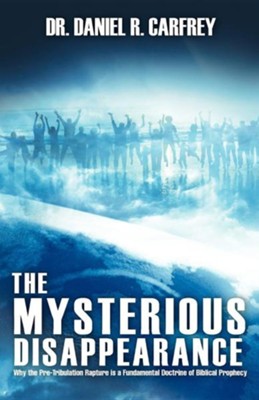 ▼▲
For the reader who is interested in what the Bible has to say about future events, especially the coming worldwide Tribulation and the Rapture of the Church, this book will help to harmonize prophecies of both the Old and New Testaments. The same is true for those who would like to get a panoramic view of the entire book of Revelation. This book will be of special interest to those who are already somewhat knowledgeable of the Pre-Tribulation viewpoint of the Rapture of the Church. Five arguments are given to substantiate the validity of, and importance of, this theological position. For the reader who does not claim to be a Christian, this book will challenge him or her to see their need to accept Jesus as personal Savior now, before it is too late.Dan Carfrey is member of the Bible faculty of Appalachian Bible College, Bradley, West Virginia. He has served in that capacity for the past seventeen years. Prior to this, Dr. Carfrey served in the pastorate and planted two churches. Having felt called to preach at the age of eight, he preached his first sermon at the age of twelve, and was ordained as a preacher of the gospel at the age of twenty-one. He has been preaching and teaching for over forty years since that time. Dr. Carfrey earned his Doctorate of Ministry at Baptist Bible Seminary in 2005. Dr. Carfrey is listed in the sixth, eighth, ninth, and tenth editions of Krouse's Who's Who Among America's Teachers, as well as the 2008 Cambridge Who's Who of Excellence in Religious Education. He is a popular Bible teacher and preacher.

▼▲
I'm the author/artist and I want to review The Mysterious Disappearance.
Back
×